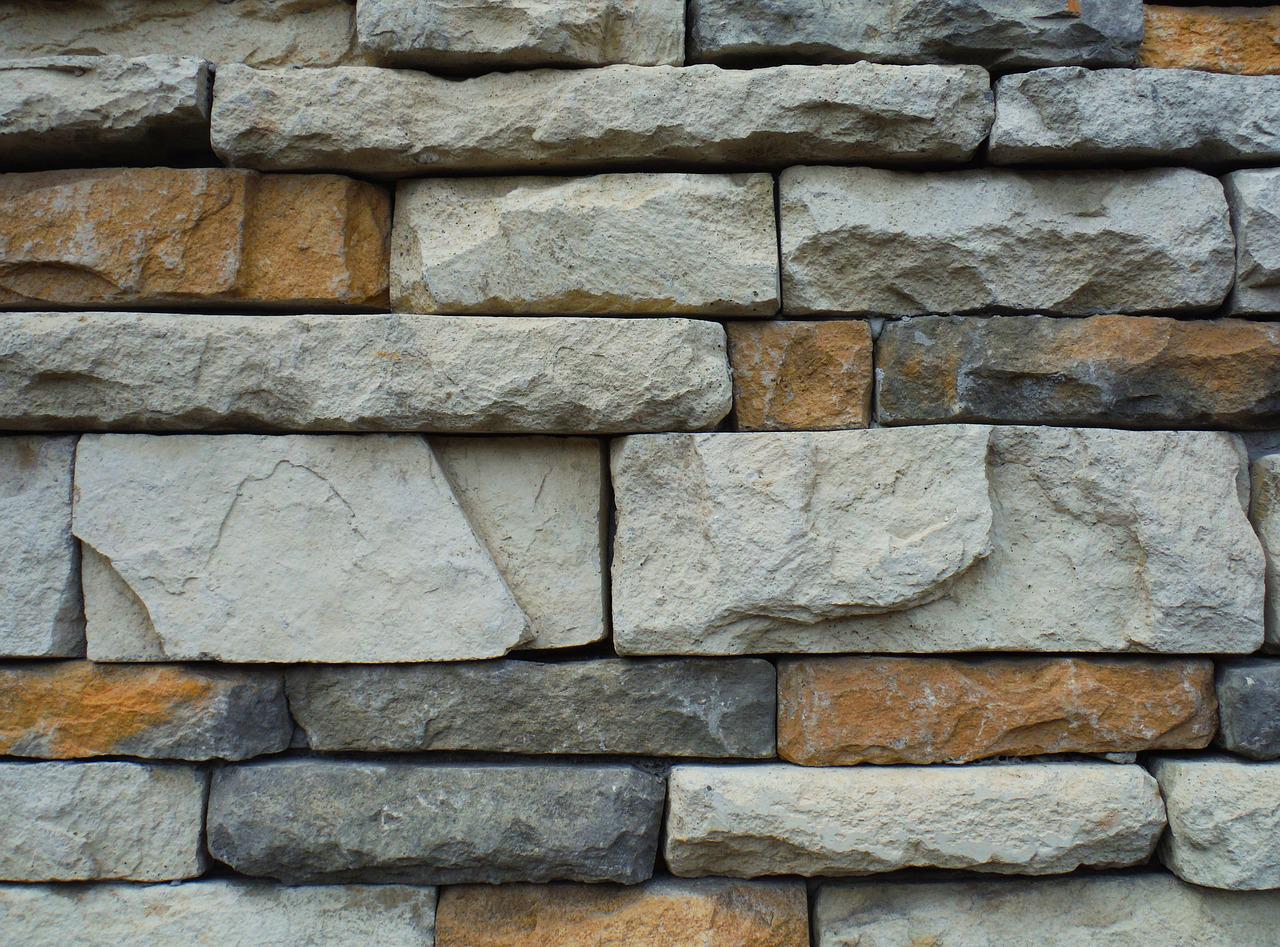 In my last article, I wrote about why and how I'm questioning my abortion position. In this article, I outline the ethical building blocks that inform my ultimate position.

To facilitate understanding and build a bridge between divergent camps, it is helpful to begin where most people agree.

Amongst the arguments I've read and heard, people on both sides lean into four foundational "ethical axioms" to justify their position. Most can agree with the root ethical standards and only disagree with how to balance those considerations when they come into conflict.

To develop ethical standards of measure, and ultimately rules and regulations, I find value in thinking about the wellspring from which ethical axioms originate. So far, I have found two: surviving and thriving.

As with any life form, human DNA programs our biology and psychology to behave in ways that we deem necessary for survival. Much like our heartbeat or homeostatic regulation, surviving is a subconscious process that is always running. We can bring that process to the conscious level, and we can even force ourselves to override that instinct in extreme situations, but by and large, we are always working to provide for our most basic animal needs (water, food, shelter, safety) to survive. For most but not all, this survival instinct extends to propagating genes (through procreation) and / or belief systems (through nurturing and teaching future generations). Lastly, we are more likely to survive with pooled resources in social settings, so there is a substantial chunk of our brains and instincts devoted to social bonding.

As our creature needs become met, and we have excess resources (time, energy, materials, currency) beyond survival, humans instinctively turn their attention toward thriving. This concept is more individualized and is an emergent quality from physiological, psychological, and relational health. I've written about my Universal Theory of Thriving (UTT) in the past and suffice it to say that thriving requires a delicate balance of individual stability and connective relation to a greater whole.

For what it's worth, this is where I find the evolutionarily adaptive role of religion. As Yuval Herrari posits in Sapiens, humans evolved religious beliefs as a tool to increase the chance of survival with geographically divergent social glue, justifications for resource pooling, and efficient propagation of pro-survival information, including ethical frameworks. For example, a lot of kosher laws originate in food safety and personal hygiene practices that historically decreased the rate of illness in Jewish communities.

I'll add that faith traditions the world over also support thriving by manufacturing life purpose, encouraging creative expression, and creating stable social orders within which individuals can reach for their self-actualization. The peculiarities of how any one religion organized its concept of surviving and thriving are less important than recognizing that they all originate at the wellspring of Life.

The first ethical axiom is to limit harm to others. This is a useful heuristic because the more individuals live this ethic, the more likely any one individual is to survive. If I can trust my neighbors not to attack me, I can spend fewer resources (time, energy, materials, currency) on protection. Generally, most everyone can agree that doing harm to others is wrong.

There are two derivative concepts that put a finer point on two specific contexts: do not kill & protect the vulnerable.

Do not kill is the logical extreme of do no harm. Killing is the antithesis of survival so there are typically a lot of constructs (social, judicial, ethical, religious) all discouraging killing. In the absence of valid reasons, and some do exist, most everyone agrees that killing is wrong.

There exists an additional imperative to go above and beyond to protect populations that are weak and vulnerable. For me, this is grounded in a Rawlsian concept of justice. Simply put, we never know when we or our families / communities will be the vulnerable ones. So a world order where we protect the vulnerable is adaptive for long-term survival because it increases the genetic diversity and probability that any one individual, regardless of their phenotypic expressions or social standing, lives to propagate their genes and ideas.

Beyond the conceptual, I personally feel a strong moral imperative to protect the vulnerable because of my ancestor's experience in the Holocaust. I have family members who were swept up in pogroms, others who were killed in concentration camps, and others still that were conscripted to fight in the war. When I sense a targeted population that does not have the resources or social standing to defend itself, I become extra sensitive to my role as a "neighbor who kept quiet because it wasn't my turn".

In the abstract, I find most people will agree that we have a responsibility to protect and tend to those who cannot protect themselves. More narrowly relevant to abortion, this moral imperative becomes acute when thinking about protecting unborn children who cannot fight back or voice their own right to life.

This is what I'm calling the core of the "my body, my choice" or "her body, her choice" argument and extends beyond just body sovereignty. This epitomizes American individualism and relates to our constitutional right to "life, liberty, and the pursuit of happiness". It's worth acknowledging that this is firmly rooted in the Christian orientation of the United States' founding fathers, though I find the right to self-determination to be more fundamental than any one religion. I align this concept with our thriving instinct - only I know what I need or want for myself to navigate my reality and reach my peak, so only I am best suited to choose what directly impacts me.

Other countries and cultures do not place as much weight on individualism as Americans. Likely because I was raised in the US, and also because this aligns with one of my parent's staunch beliefs, I deeply resonate with a right to chart our own destiny. Across the political spectrum, most US citizens would agree that the default (until proven otherwise) is that we get to choose our life and our actions ourselves. This becomes especially acute with medicine and internal biological systems.

Providing for the next generation is paramount to our survival, so it's no surprise that most people feel strongly about ensuring the safety and sanctity of children. It also helps that each of us was, at some point near or far, a child and has the direct lived experience of either having a loving, caring, supportive environment to grow or lacking on one or more dimensions.

When a family is stable and well-resourced, it's easy to say providing for children is important. This concept becomes more tenuous when a family is unstable, under-resourced, or for a variety of reasons simply cannot meaningfully care for a child. In many countries, including the US, a significant amount of society's resources are poured into healthcare, education, food, shelter, and other social services to provide for children where their parents cannot.

This is related to, but distinct from, protecting the vulnerable. I consider protection as minimizing harm which is squarely focused on survival whereas providing is survival and also maximizing the opportunity to thrive. Generally speaking, most everyone would agree that providing for the next generation is critically important.

I consider a child adequately "provided for" when their physical, cognitive, and emotional needs are fully satisfied.

Our programming to survive is agnostic to the quality, fulfillment, richness, or health of any given life. Wherever any given life is now, it seeks to first survive, then thrive as best it can.

Most people agree that ethically speaking, killing a poor person or a blind person is just as much murder as killing a wealthy or sighted person. Because no one can say which life is worth living, no one human has more of a right to life than any other.

In addition to the foundational concepts, there are also distinct stakeholders. To vastly oversimplify for abortion, I consider the biological mother, biological father, unborn child, and society. The fulcrum in balancing these ethical axioms is understanding the differential impact on stakeholders and weighing whose interests win in specific scenarios and why.

In the abstract, it's easy to say that we should do no harm, empower individual choice, and provide for our children equally for all. It gets much more nuanced and complicated when there is tension between stakeholders within an ethical axiom or between axioms.

For example, if decreasing harm to the child increases harm to the mother, whose claim to less harm wins out? Or if providing social services for a child born into poverty comes at the expense of critical infrastructure projects for all citizens, who wins?

Here is where each individual has to consider their own mixing board and dial in the balance of rights and responsibilities that feels most aligned with their ethical belief system.

To help myself (and hopefully others) dial in their ethical soundboard, my next post posits three "diagnostic" thought experiments.