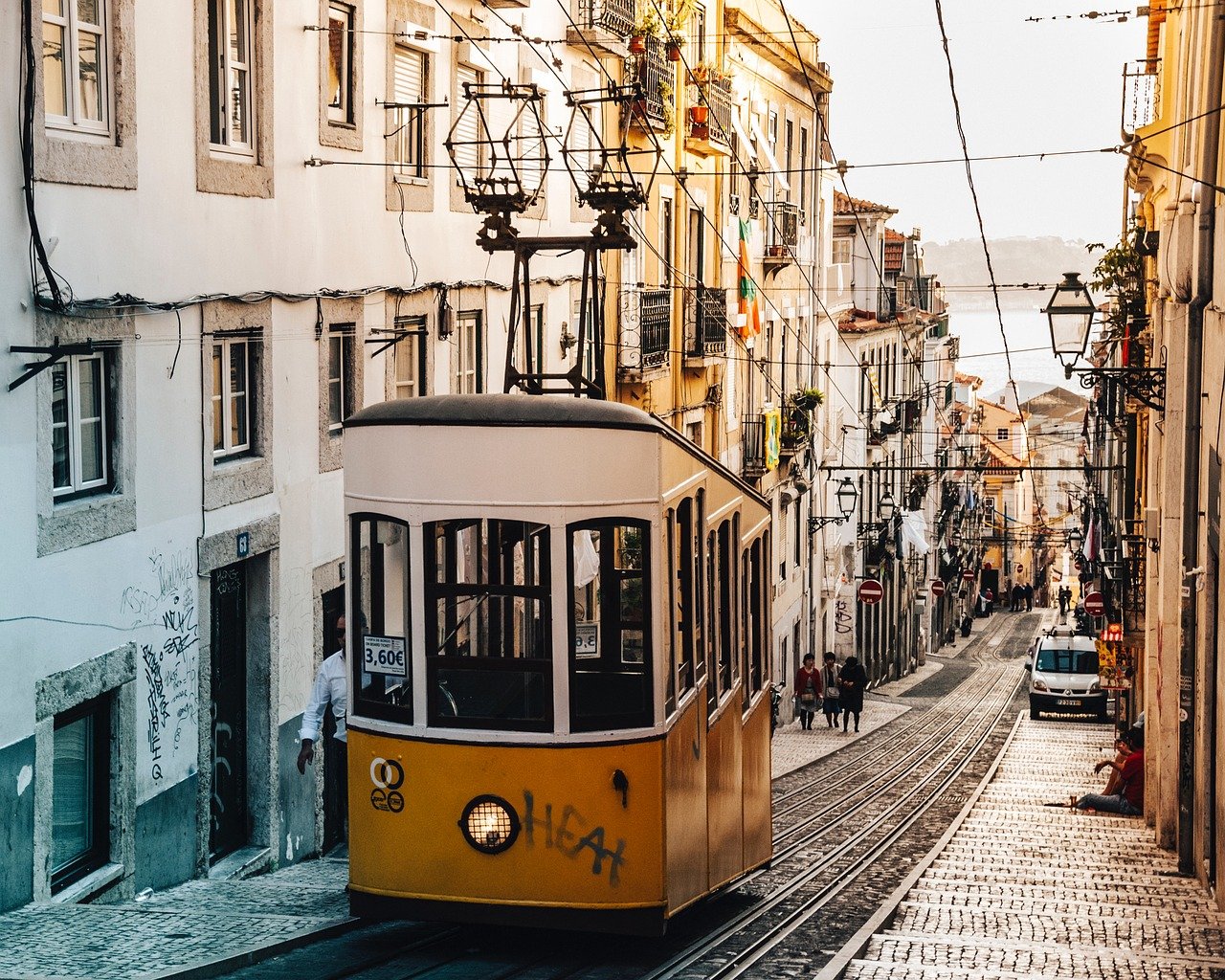 In my last two articles, I wrote about why and how I'm questioning my abortion position and the ethical axioms I find underpinning much of the non-religious debate. In this post, I offer three challenging thought experiments to help individuals (myself first and foremost) find the edges of what feels ethically just.

A woman becomes consensually pregnant. In her first trimester, she experiences absolutely debilitating morning sickness - a 10 out of 10 on the pain scale. There exists a pill she can take that instantly brings her pain down to a 0 out of 10. The only catch is, with 100% medical certainty, and the pregnant woman knows this with 100% clarity, it causes birth defects in her unborn child. Is it ethically just for the woman to take the pill?

By the principle of the mother's self-determination, it's her body and her choice. By the principle of doing no harm to the mother, society should support her resolving her own pain. In short, she should be able to choose whatever she wants or needs to manage her pain.

By the principle of do no harm to the unborn child, society should limit her choice to ensure the sound physical and cognitive development of her unborn child. Especially because the fetus is vulnerable and cannot speak for or protect itself, we have a strong moral obligation to put bounds on the mother's self-determination.

This thought experiment puts her self-determination and do no harm in conflict with protecting the vulnerable unborn child - in your belief system, whose interests win out?

If you say the mother is experiencing so much pain - an unfathomable 10 out of 10! - that her interests win out, start dialing back the pain. Would you still feel the same way at 9 out of 10? 8 out of 10? 1 out of 10? At what point is the mother's pain small enough that the unborn child's interests tip the scale to justify removing her choice to take the drug?

If you say the child's development is paramount - 100% certainty of birth defect is horrendous! - start dialing back the certainty. Would you feel the same way at 99%? 49%? 1%? .00000001%? Even drinking caffeine or eating spicy foods can potentially have developmental impacts on a fetus, so should we limit those as well?

Sadly, this thought experiment is grounded in real-life experience. In the 1950s and 1960s, a drug called Thalidomide was widely used to treat nausea in pregnant women ... until doctors noticed it caused severe birth defects. It was promptly banned the world over. That degree of permanent harm to the child, regulators decided, was not justified by any decrease in transient harm to the mother.

There are other compounds that cause known, but potentially less severe, harm to the unborn child that are not directly outlawed but are very strongly discouraged with aggressive education campaigns. Cigarettes and alcohol, for example, have extensive signage to remind craving mothers that they are strongly discouraged from consumption because of the harm to the fetus but these substances are not outright outlawed.

In the pro-abortion camp, it's very common to hear "her body, her choice". This thought experiment highlights that, when it comes to protecting the physical and cognitive sanctity of the unborn child, there may be reasons to limit her choice in circumscribed situations.

A woman becomes consensually pregnant. Her due date is tomorrow, and for the first time, doctors notice a medical complication. With 100% certainty, if we do nothing the child is born the mother will die. And if the mother is to live, the doctor must proactively end the life of the child.

This is a gut-wrenching and extremely difficult decision named after the famous class of trolley problem ethical dilemmas. At its core, the question being asked is "whose life is more valuable?" and, perhaps most urgently, "who decides?".

If you say the child's unbridled potential is more important than the mother's life, start pulling back the viability of survival. Would you feel the say way if mom was 30 weeks pregnant? 20 weeks? 1 week? 1 day? Or limit the child's potential after birth by recognizing that, without its biological mother, it will be much harder to provide for the child. Would you feel the same way if the child with 100% certainty had to go live on the streets? Or with 100% certainty to be under-resourced in an orphanage through all of their formative years into adulthood?

Now layer on the complexity of who gets to decide. If you say the child's interests win, how would you explain that you (or society writ large) have more of a right to decide to the family and loved ones of the mother? And, if someone else decides that the mother should die, should that someone else take the responsibility of providing for the child's development?

And if you say the mother's interests win, should the woman be allowed to sacrifice herself? Why doesn't the mother's right to self-determination grant her the ultimate choice of whether she lives or dies for the child?

This experiment is also grounded in reality. Extrauterine pregnancies, such as ectopic pregnancies, can be life-threatening for the mother even though they can sometimes go to full term. By the principle of do no harm, embedded in a doctor's Hippocratic Oath, can they reasonably tell a patient that their life-threatening complication is outweighed by the (often very low) potential of a fetus coming to term?

In the anti-abortion camp, it's very common to hear "we have to protect the vulnerable fetus". This experiment highlights that, when it comes to protecting the mother's life, it's possible to justify terminating the life of the unborn child.

A woman is endowed with a magical power to snap her fingers and end the life of any child she's birthed instantly, painlessly, and without any trace. She knows, with 100% certainty, that she will never be caught, no one will ever know it was her, and the child will experience no pain or suffering.

This woman has consensual sex and uses protection exactly correctly to prevent a pregnancy she does not want. Neither she nor her partner are able to afford a child and are 100% confident that they cannot provide for a child. The protection fails and she gets pregnant.

The woman carries the baby to term and gives birth. She struggles to raise the child and sees, every day, that the child is falling behind its peers because of the lack of resources (time, money, energy, emotional capacity, education, you name it). On the child's 25th birthday, the mother sees that her child is really struggling in their own life and knows with 100% certainty that this struggle is 100% a result of her life choices. Is it morally acceptable for the mother to snap her fingers and end the life of her now adult child (without pain or repercussion)?

If you believe it's wrong because the child is born and now an independent person, keep moving back in time. Let's call the instant of birth time t and any variable period of time x. If you believe there is no t + x (no moment after birth) when this mother can ethically snap her fingers, now consider t - x. What is different one minute before birth relative to one minute after birth? 1 week before birth? 1 month? 3 months? 9 months?

Recognizing that the woman knows with 100% certainty that she did not want and cannot provide for the child, is there any time t - x when snapping her fingers goes from ethically wrong to justifiable? If so, what is that x and what changed at that line in the sand? Why is the mother's snap acceptable at that t - x but not acceptable at (t - x +1) or one moment in time after when you say it's OK?

This thought experiment is very complex because it touches all four ethical axioms. Finding the right balance of respecting the mother's choice, doing no harm to, and honoring the right to life of, the (born or unborn) child, and providing for the child's quality of life is really difficult!

If you feel extremely uncomfortable or like your moral compass is spinning in this thought experiment, you're not alone. I could barely write this up for how much it makes my skin crawl to think through any one of these to its logical conclusion.

Taken together, these three thought experiments cover most of the philosophical ground that I've seen explored in pro- and anti-abortion argumentation. Diligently thinking through these thought experiments has been formative to refining my own personal abortion position.